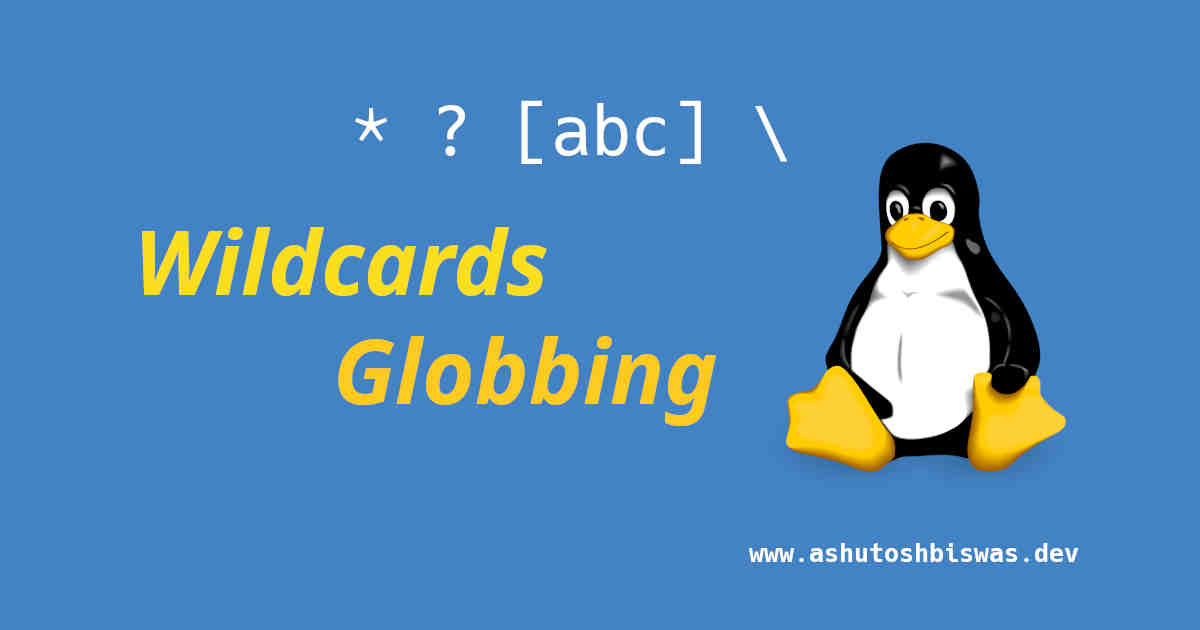 What are wildcards and globbing?

The two features of Linux shells — wildcards and globbing — can sometimes save us a lot of time by letting us communicate to the computer to match filenames in an efficient way to do something with them like displaying, copying, moving, removing etc.

A wildcard is a character or a set of characters that acts as a placeholder for other characters. A wildcard character(aka metacharacter) is a wildcard containing a single character. Wildcards looks like this: *, ?, [a-z0-4]. We will learn the meaning of these symbols in a minute.

Wildcard pattern(aka glob pattern, glob or just pattern) is a string that contains wildcard in it. Shell can use them to match filenames. They looks somewhat like this: *ing.pdf, photo-??.jpg, photo-[0-9][0-9].jpg etc.

Globbing is the operation of macthing items from a list of strings using wildcard pattern and returning the list of matched items.

Where these strange names came from

To satisfy your infinite curiousity, here goes their etymology:

Cool! Let's see some commonly used wildcards in the next section.

Below are the explanation of some wildcards1 which are present in all good shells out there like bash and zsh:

Info: Most shells have their own way of extending the above wildcards. These are known as extended globbing and are usually not enabled by default. We will not discuss about them in this article.

Below are some glob patterns and their explanation:

Such patterns can be used with any shell commands like ls, cp, mv etc. There is a important point to tell you right now: The command can't see these patterns. Shell expands these patterns and gives the outputs to the command in the place of respective patterns.

For example the following command will show all files in /usr/bin that has ff somewhere in the filename:

On my system, the output is:

If you want the pattern literally, you have two options:

If you found this article helpful, please buy me a coffee

Subscribe to get notfied of my new articles and news.

No spam, unsubscribe at any time.